‘Fragmentation of Time’s Passing’ explores the measure of time through the notion of being and impermanence,
which embeds and leaves its traces intensely, within all aspects of time. The search for meaning is thus, suggested
and imprinted within passing durations, over the span of distance, space, time and alteration.This fragmented
relationship between time and being, within almost receded moments of dwelling reflects the retreat of being, from
its initial presence to nothingness, familiarity to unfamiliarity, creating pauses within moments and states of
transformation.

The work presents this process as a form of ‘stop motion’ to the medium of painting, through the use of resin as a medium
for preservation, which encapsulates this state of transformation depicting the embedding of thick layers of paint that
overlap and fluctuate in time, capturing the traces of change.  The layers of resin build up and eventually obscure the initial
layers of fluctuation suggesting a retreat of being

Being and its negation into nothingness, in time, advance and retreat, allowing one, to eventually become the other.  Hence,
the initial essences of being present in matter, through time’s passing, alter and depart from its own state of dwelling, ceasing
to exist. And with its death, marks the trigger, for the search of a new state of dwelling. This is suggested through the uneven
layering of resin over the previous layer, which acts as a form of corrosion thereby suggesting a state of ‘death’ to each layer of
change. 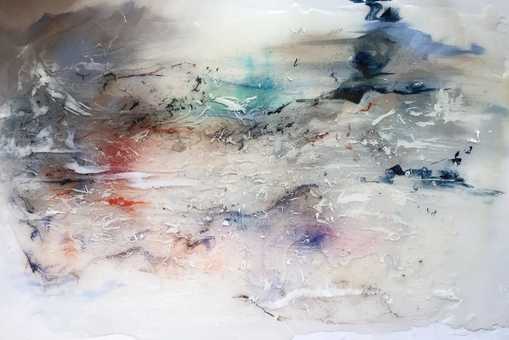 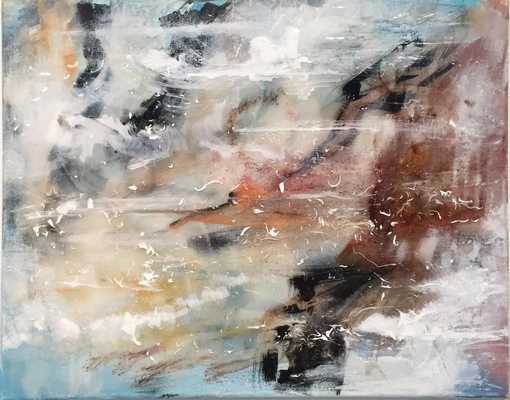 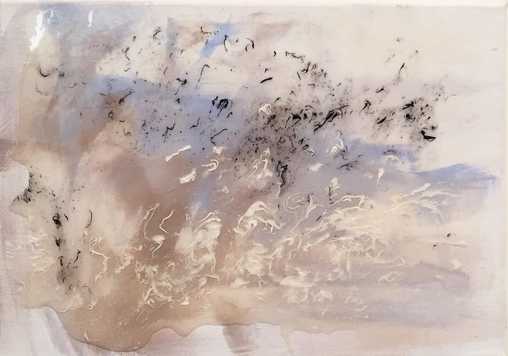 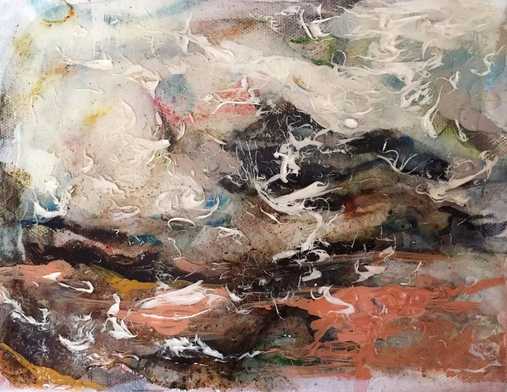