In the Silence of Cuckoos

‘In the Silence of Cuckoos’ is a sculpture that investigates the regenerative quality of fantasy, its relationship to nostalgia
as a visualization of fantasized time through the materiality of resin and its ability to conjure sensation. Resin is a material
fundamentally essential because of its existence as a preservative agent, its relationship to the idea of encapsulation, its
translucency, elusive quality, its slowness in drying and its relationship to time.  Comprising of overlapping details that form
a labyrinth on the surface of the cuckoo clock, 'In the Silence of Cuckoos’ explores the regenerative quality of fantasy through
the repetition and overlapping of details which represent an encapsulation of fragmented time crystallizing into a labyrinth of
reveries, possessing an ethereal hollowness. 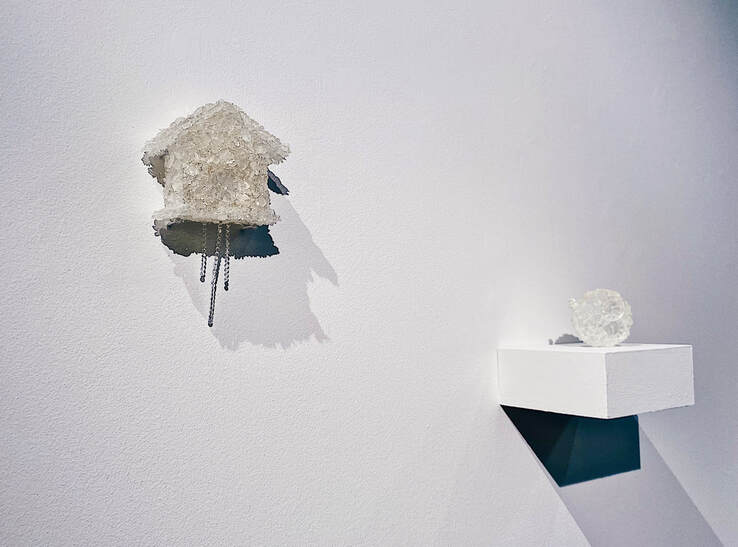 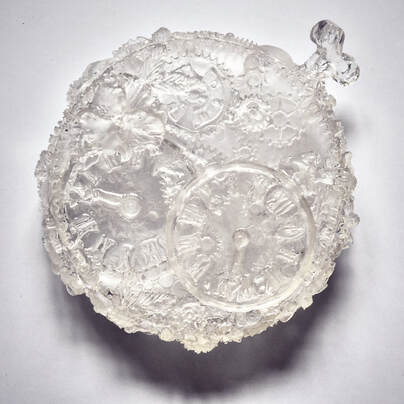